My sister and I have this running joke where we call each other a bitch all the time. The thing is, we honestly aren’t joking about it. Now, we playfully do it, but it really holds truth. Well, at least I thought. I had quite a few moments of truth these past few weeks.

You know how Facebook has those links of prediction? You know, the kind that predicts what may be in store for you in 2018? Or, the kind that tries to create your ancestry make up from your profile picture? Well, I did one regarding my “bitchiness”. And surprisingly, I’m only 4% bitch. Ha! Truth be told, it may not be a surprise to those that don’t know me, but it was definitely a surprise to me. During my “Ah ha” moment, I thought, “I’m so misunderstood. Geesh!” The thing is that, people confuse my “no bull sh*t” with bitch. Allow me to explain. 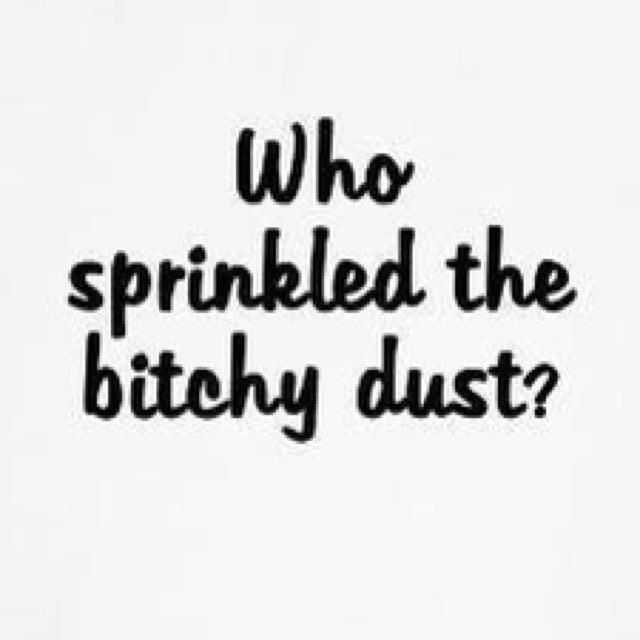 To me, a bitch is just an unhappy, angry and /or mean woman. One that is full of attitude, always has something negative to say, and is often unhappy. She never has anything good or positive to say about anyone else and often soaks in drama. Now, that’s my definition of a bitch and I’d like to think I’m the total opposite.

Now, as for myself. I consider myself loving and I unfortunately care a little too much most times. I often give others the benefit of doubt, even when my doubt has been shown and proven true time after time. I play the role of devil’s advocate and often try to find another perspective during an issue. Now, I don’t accept any and every thing said to me. If I’m confused, I ask questions. If I don’t understand, I may ask more questions and may even choose not to agree. I love to help people and I enjoy my “me time” as much as I enjoy company. I do my own thing proudly. I jokingly call myself “funny acting” because I’m good at going into my own space when I want to be alone, and don’t mind politely declining an outing invitation to do so. Does that classify me as a bitch? If so, so be it. The Facebook prediction stated, and I’m paraphrasing, that my no nonsense is often mistaken for a bitch because I’m truthful and don’t bull sh*t myself or others. Agreed! I think this is my truth. 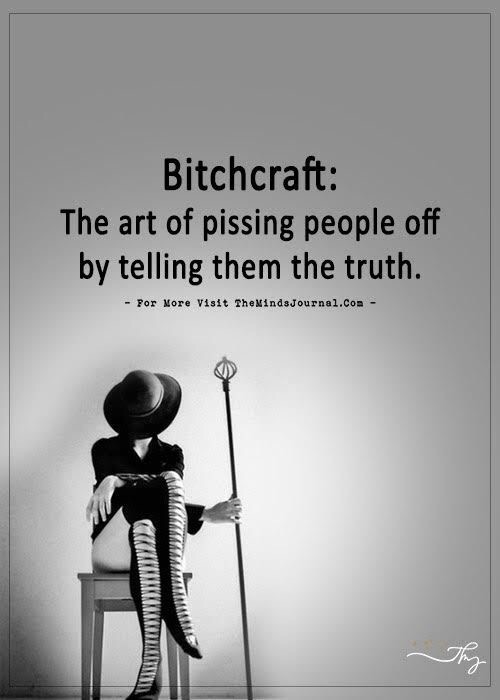 Recently, I’ve been hearing more often, by my father (and a few other relatives on his side), that I remind him of my Aunt that “tells it like it is”. Now, I never knew how to accept this information because I only knew that my relatives didn’t like her. Their thought was that, she was a bitch and she always had something to say. In recent weeks, she and I have renewed our relationship and have become extremely close. Like myself, I’ve learned that she is definitely misunderstood. She’s honest, she speaks her truth and she ask questions when she doesn’t understand. The one thing she does that I don’t care to do (for more reasons than one) is speak to family about living a better life. For some, not only a better life for themselves, but for their children as well. But it’s all done in love. And because she’s our elder, I believe she has a right to advise us when and if she finds us to go astray. But what I’ve also learned is that, when you’re wrong, you don’t want to hear the truth. So disguising it as the other person’s issue or problem is always easier than accepting what was said to you. It’s hard for an individual to self-reflect, check self/change, grow and move on.

I also find that my look doesn’t help either. A pretty woman with a mind that actually thinks about things that makes sense. My strong mind is often acceptable when I’m silent. Meaning: “Who cares? STFU! Who asked you?” Mainly because of the myth, women are to be seen and not heard. *Roll eyes* Yeah right. I have a brain and I use it quite often. And because I use it so much, I have to get out what I’m thinking. My mind be on overload and it isn’t capable of holding many of my thoughts without me starting to worry. So, since I’m constantly in deep thought and refuse to hold on to the thought of what I should of said to the individual that chose to address me, I say it and then it’s construed as sassy. Smh. Irritating. And very exhausting.

What I’m finding to be the consensus is that everyone cannot handle me. And I’ve interpreted it as my problem rather than allowing other individuals to hold on to their own insecurities and problems. After that Facebook game/test and this rekindled relationship with my Aunt, I’ve decided that I’m going to continue to be myself. I have most of my childhood friends and I never meet a stranger. I find that people cling to me and aren’t afraid to talk to me about anything. I’m likable. And because a bitch can’t keep a friend, I’m definitely not her.