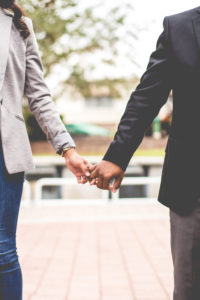 I’m three months from 35 and I’d like to think that I’m definitely a grown ass woman. See in my short time on this earth, I’ve experienced a great deal of love, hurt and disappointment with men. And the one thing I’ve concluded is that they’re definitely the same…but still different. So, 10 years ago I was married for the first time in my life. After he cheated on me, it went south. After trying to save my marriage, I decided to let it go. Reason being, he became a new person to me. A guy I would never be interested in dating. Therefore, things remained rocky, then got too heavy and I eventually divorced him.

Forward to my current husband. He’s so different. Mature, prideful, and a true partner. However, he’s flawed, like the rest of us human beings. Secretive, slightly sneaky, bad liar (about stupid shit) and big about doing exactly what he wants. It’s not from time to time either, it’s most of the time. And I must be honest, it’s a problem for me. Something I would stop kicking it with people over. If I can’t trust you, I don’t fool with you. And I’m at a point that I am unable to believe anything he says. What do I do?

Its three months later from my initial journal entry and my feelings are different. Well, my thoughts about my husband have changed, which has caused me to feel differently. After reading the above, I had to edit it some. Mainly because it sounded like I was close to leaving him. Umm, was I annoyed? Heck yeah! I was extremely fed up with his blatant disrespect. Was it really disrespect? Yes! If the above was described by a man about a woman, the consensus would be, “Dawg, she’s disrespectful.” So yes, he blatantly disrespected me. Therefore, many conversations after and of course, me throwing in the towel (handing the responsibility over to him), things got a lot better. Honestly, because I’m not as prideful as he. I had to allow him to be the man.

Ok, so…the problem was, as the man, he had an issue with having to communicate his spending with me. The initial agreement was, an agreeable stipend for each of us and the rest would go into our joint account. And because he made me the responsible party of our household expenses, he had to communicate when and what he was spending money on from our joint account. The truth was, that bothered him. Ok, for me, simple. You handle it ALL and I’ll communicate my spending with you. Deal! And it’s been smooth sailing since. My truth? Well, I’m happy to hand it over. I feel like I do everything else anyways. Well, except cooking, but who’s asking? Hahaha.

Oh, yeah, so taking over the bills in my mind is the least he can do to lighten my load. My pride isn’t hit, I buy myself what I want from my own account and the only joint account spending I have to communicate are the kids’ needs, our household goods, and that’s about it. We create our grocery list together, because he’s the cook. So, if he’s taking the grocery list to the store, what he adds or deletes, I honestly don’t care. And to be honest, vice versa.

Now that we have an understanding and he’s now over the money “thing”, no more sneaking extra money, no more lying about what he kept for himself and I don’t feel like there are any secrets being kept. All is really good.

I share this to say, marriage is work. Its compromise and communication. It takes honesty and exposure. Self-exposure. You cannot be afraid to be vulnerable with your partner. Because if you do, it could make the smallest problem huge. It could cause one to divorce. Simply because you are afraid to speak your mind and share your truth, no matter how “silly” it may sound. And to me, it sounded prideful. A manly man is pretty prideful, so I understood. As the man, he needed to feel in control of more. He works hard, brings the money home and have to discuss it? Oh no, that wasn’t working for him. He needed to feel like he saw the fruits of his labor and he needed to feel needed in that process. And guess what? Not a problem. And for whatever reason, this doesn’t work (which I doubt), we’ll go back to the drawing board, but until then, I’ll keep smiling, I’ll keep him happy and I’ll stay married. Simple.

So, try harder and find effective forms of communication. If you can’t talk, write a letter. If you can’t spell, text it and allow auto-correct to correct your errors. However it needs to be done, just do it. Nicely and calmly. Timing is everything too. Don’t catch him in the midst of him talking about a bad day. Believe me, it can wait. The worst thing to do, is to put fuel on a fire. Learn to be patient, to talk to each other (and not “at” one another), and to pick your battle. And trust me, you’ll consider yourself happily married.

16 thoughts on “This Thing Called “Marriage””